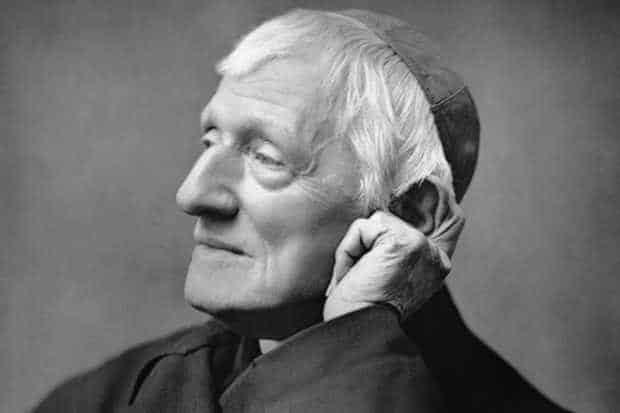 On October 13 2019, Cardinal John Henry Newman became Saint John Henry Newman when he was canonised in St Peter’s Square by Pope Francis. A wonderful recognition for the work that he did throughout his life, particularly in the Church and education. Although considered an academic, Newman had a different philosophy in his approach to education. His university was virtually exclusively about teaching and learning and student formation. For John Henry Newman education was about forming the person and developing their skills to find their way in life.

Saint Newman’s credo “heart speaks to heart” is the underpinning Mission of Newman College and is included in the College crest. His philosophy was grounded in a sense of a profound respect for the human person, how they engage with each other and the world as a whole.

Saint Newman, widely recognised as one of the most significant and influential educators of his time, is still credited for his progressive philosophy of education today. He once said “for why do we educate except to prepare for the world”. This simple statement says a lot about the Mission of Newman as a College, that is, to holistically prepare our students for an ever-changing world.

In general the feast days of blesseds and saints are marked on their “dies natalis,” or the day they died. In Saint Newman’s case, despite the fact that he died on August 11th 1890, the Church chose the day he converted to Catholicism, October 9th, 1845, as the day to celebrate his feast.