‘A Reason to Celebrate’ at the 2019 NSW Regional Training Awards 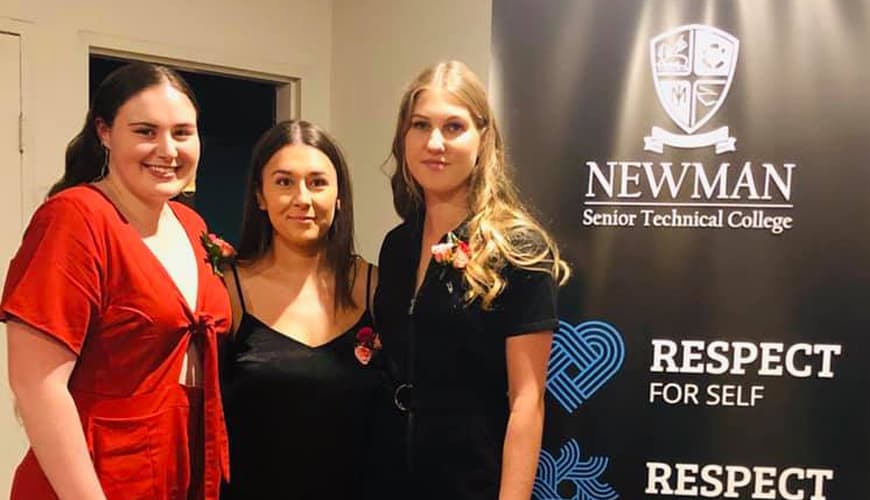 The NSW Training Awards are conducted annually by Training Services NSW to recognise outstanding achievement in the vocational education and training sector. The Awards honour and reward the achievements of students, trainers/teachers, training organisations, large and medium employers.

Three Year 12 students from Newman Senior Technical College Port Macquarie were selected as finalists in the North Coast & Mid North Coast Region of the NSW Training Awards. Three of those competitors were invited to attend the finals award presentation.

Ruby McGoldrick was a finalist the School-based Apprentice/Trainee of the Year Award. Ruby is studying Certificate III in Retail and is employed by the Botanic Merchant in Port Macquarie.

Taayla Murphy – Finalist for VET in Schools – Student of the Year. Taayla is studying Certificate III in Business.

Staff and families attended the evening in support of these three remarkable young women. It was a very proud moment for all.